Hordes of the Things Tournament 2019

On the 20th January we held our annual Hordes of the Things tournament (Barn HotT). 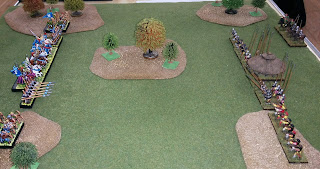 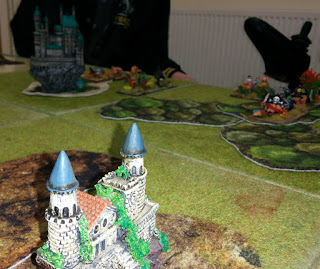 Armies were 24 points and each player played 4 games. We only had six players this year. 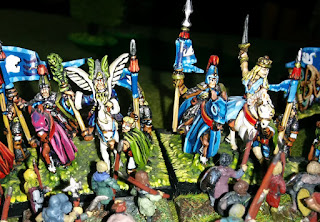 My first game was against John's Aliens. Despite appearances none of them are ariel, they are based on a Carolingian army template. I did my best to hold his Hero General in place with zones of control while shooting at it but to no avail. This was a win for John. 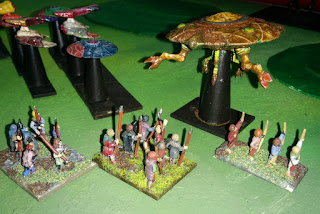 2nd game vs Steve's Elves. This army had 3 Magicians which made my Hero General very nervous. A combined magic attack early in the game could spell instant defeat. 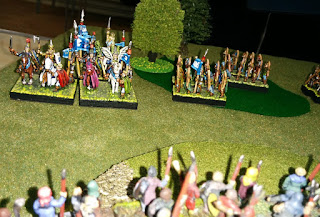 The infantry tried to hold a hill and were pushed back, the Hordes were dying and being replaced and marching back into the same combat, tying up the Magicians. 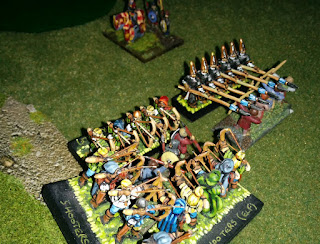 Owain Glyndwr ended up making flank attacks at the other end of the but my army broke, the final casualty being surrounded on three sides. 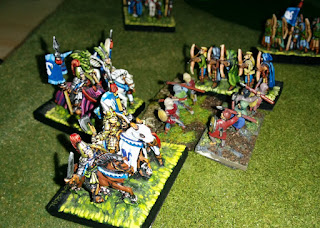 My third game was against Carol's Spaceships. This is the classic all ariel build used by the Puffins and the Weeping Angels, seen in tournaments (look at the January 2018 post on this blog to see the Puffins!). Ariel Hero General, Ariel Hero and 6 Flyers. 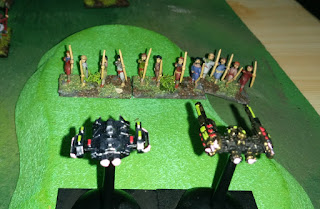 I was attacking, there was a river down the centre of the table, and I was lucky to get the board orientated so I didn't have to cross it. I deployed my whole army on the same side of the river as the enemy stronghold with a column of Hordes ready to tie up the inevitable attack from the side. 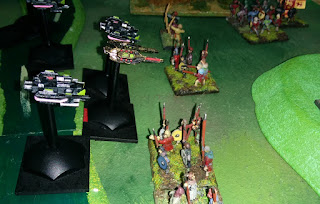 My General made a dash for the stronghold but was intercepted by an Ariel Hero and killed, ending the game. Having time to spare we played a friendly game and this time I won by destroying all six Flyers with my Shooters. 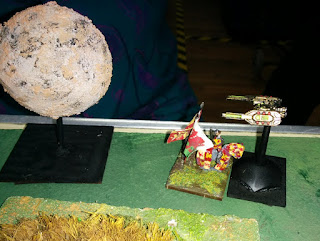 With so few players, and using the Swiss Chess format I ended up playing John for a 2nd time in the final round. Players have to stick to one army for the competition but given the circumstances we both brought out a spare army and played my Dwarves vs his Chess Pieces. The army naturally included Bishops as Clerics and Pawns as Hordes. 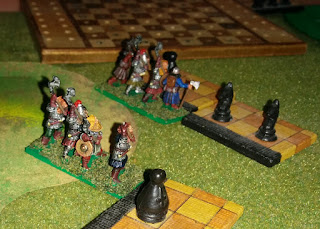 I gradually wore down his units and one of my Heroes made several attempts at the stronghold from the side, fleeing and then returning. The Dwarves were victorious 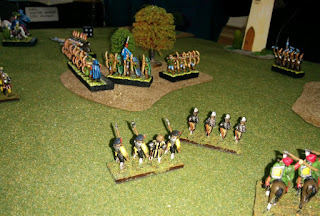 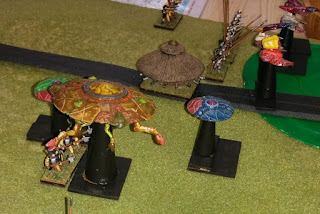 Keith was the winner, with the number of Generals killed being the tie-breaker. His army were Pumkins. 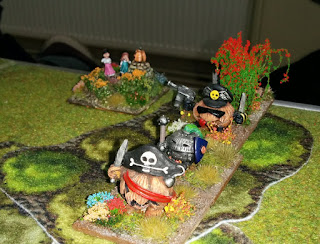 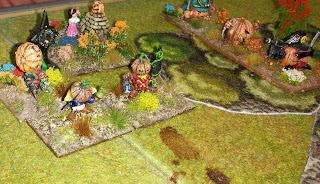 Thanks to those who came to take part, thanks to Nick for running it.
Barn HotT 2020 will be the same time next year.