Lincombe Barn Wargames Society is of course on hiatus due to the coronavirus outbreak. So here are some pictures of a game we had last year using 7TV Apocalypse from Crooked Dice. 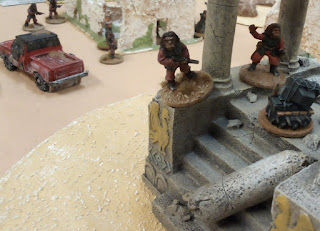 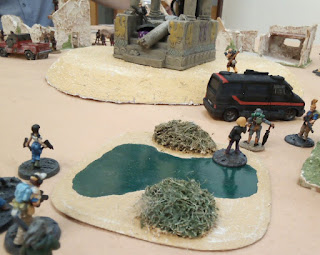 We had four players in two teams and 50 ratings (points) per player.  There was one moveable objective in a ruined temple in the centre of the table. 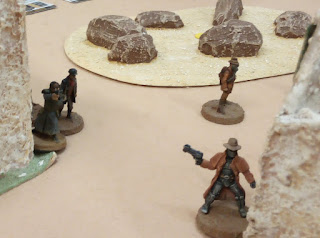 This was my team which included and Action Hero and Monster Hunter as it's stars. 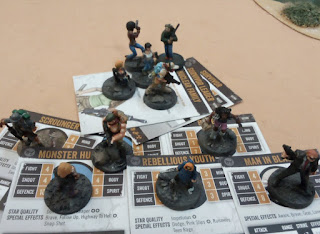 The Simians were slow to get moving as they had no unit leader, Nathanial complained "we're monkeys, we're not organised eneugh for this sort of thing". 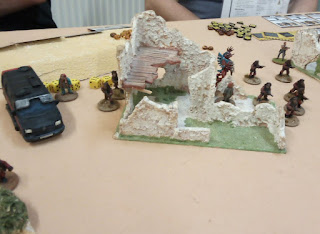 On of Clive's savage types scales the temple with a grappling hook. 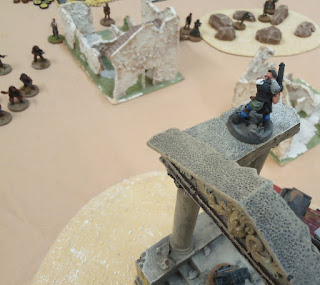 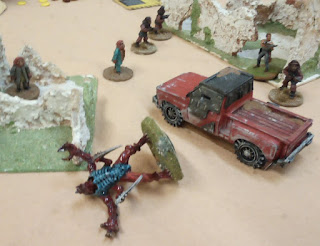 This truck was equipped with a machine gun which had just mown down a bunch of Clives savages. I was determined to take it out, which took a lot of models some time. 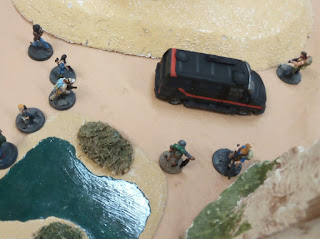 More car-nage as we attempt to stop the enemy getting the objective off table. 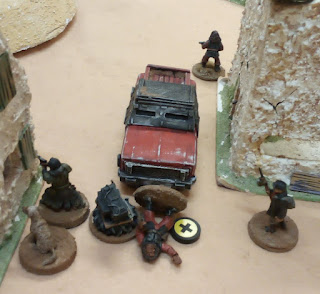 Single combat between opposing stars. The soldiers joined in. My medic failed to arrive in time to save Clive's character. 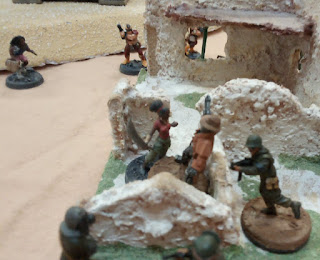 My Monster Hunter kept finding herself in the wrong place to carry out any slayage. Here she fails to reach the all star melee before the game ends. 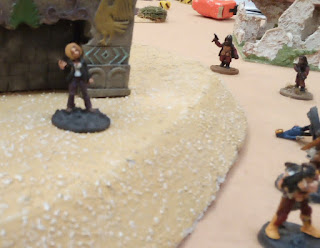 The other side won. This was a fun game with plenty of mayhem and monkey related banter. 7TV is popular at the club with the original spy-fi version and pulp also being played.