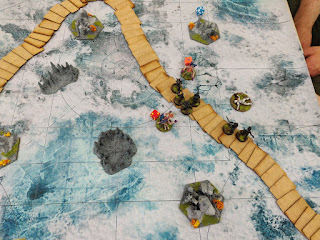 The overall mission was to infiltrate an imperial base, find out what was going on there and then get out. We were Imperial special forces sent by one Moff to spy on a rival. It was known that a Star Destroyer wason it's way to destroy the base and we had to avoid being there when that happened. We had to complete each stage before the end of turn random event cards ran out. 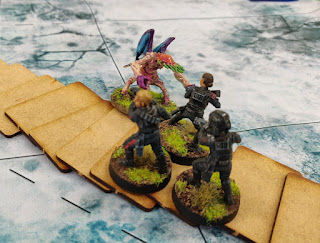 We descended a mountain side by a rugged path being attacked by the local wildlife along the way. 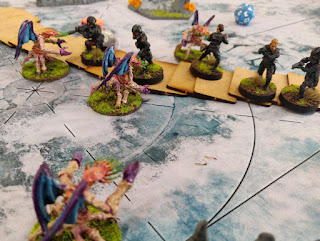 Next we had to swim through a swamp to get to the entrance. There were more creatures. We silently dealt with a possible rebel who was watching the base and then found that the Stormtrooper guards were actually zombies. We made it in at the last moment. 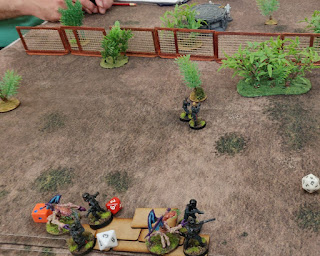 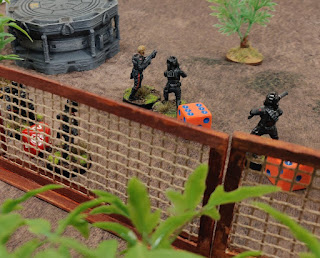 We crossed through a storage area where hordes of zombies emerged. We were joined by Nick for these games. This trooper didn't make it, although he returned for the next stage having lost some fingers from the casualty table. 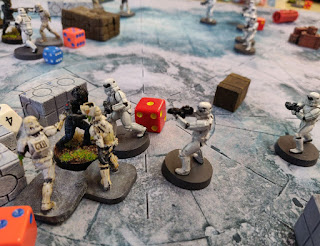 Next there was a laboratory area where force fields randomly divided the playing area periodically. Both my companions were casualties this time but survived to fight again. 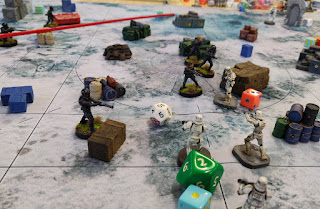 Having established that the base was overrun by the walking dead it was time to exit. We aimed for the transport which was most likely to get us to safety before the base was destroyed. 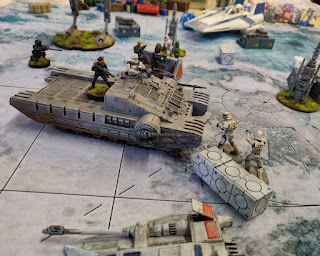 A group of living opponants appeared from another door also intent on escaping, including a senior officer. I tried to bluff that we were on the same side but they weren't buying it. 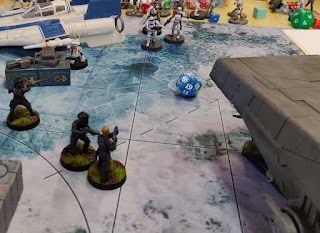 We got there first, shooting some stormtroopers, and shot and fell back into the vehicle. Some dice rolls succeeded in getting us airborne and escaping, leaving the enemy to their doom on the landing field. 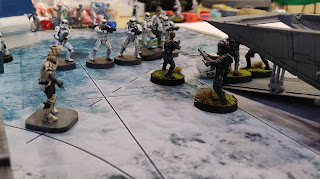 The stormtrooper zombies are 3d printed, the other figures are from Star Wars Legions.