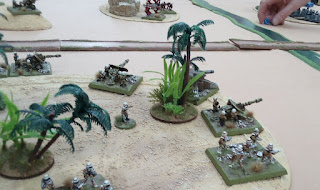 Lincombe Barn Wargames Society is the home of Alien Squad Leader, written by Alex Self and playtested by our members. It is one of the most popular games played at the club.  On 1 December we held our 14th annual tournament. 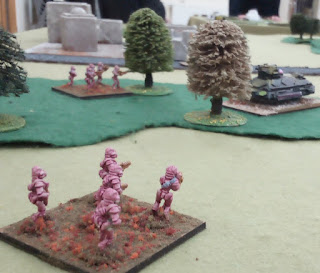 In round one my Hive Mind faced Nick's Alien Enslavers 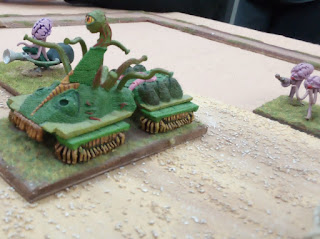 After being beaten back by fire for a few turns my bugs got in and illed all of the master race aliens including the commanders. On my left 20 points worth of giga-beetles kept a much larger protion of the enemy army occupied by being big and distracting. 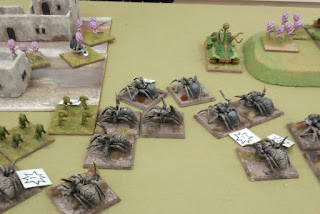 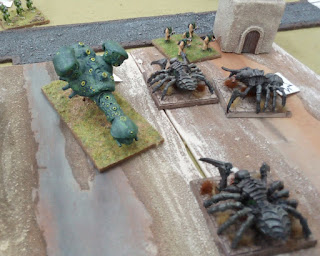 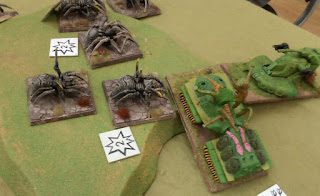 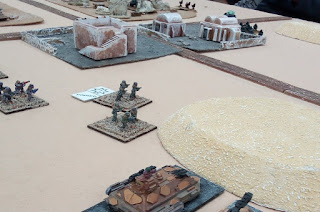 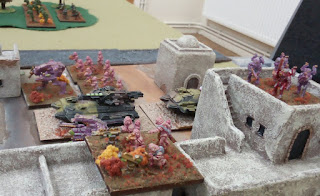 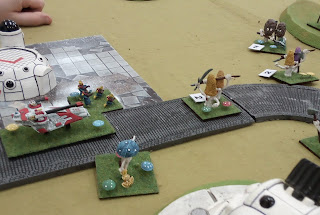 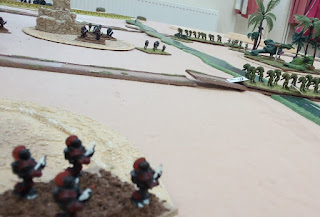 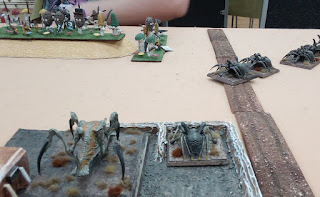 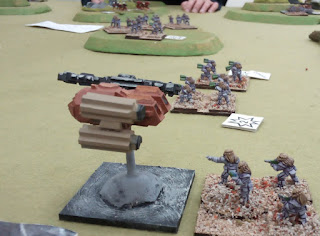 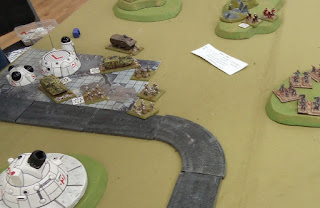 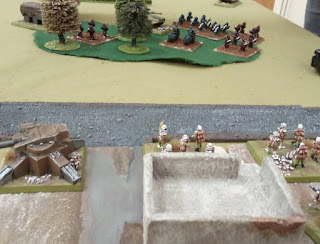 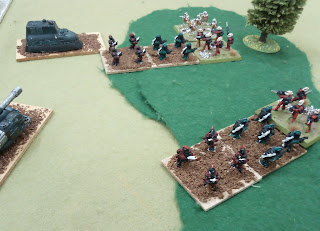 In my last game I fought Bob's Cyborg Enslavers. Bob's Cyborgs come from the Dalek Risk board game 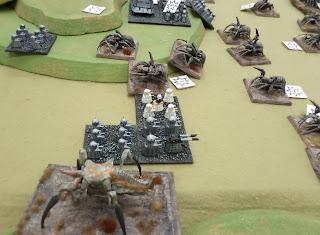 This golden opportunity in turn one was a flop. If I'd won either combat the enemy commanders would have suffered an extra hit because they couldn't retreat. But instead I took one hit from overwatch coming in and two more in the melee. 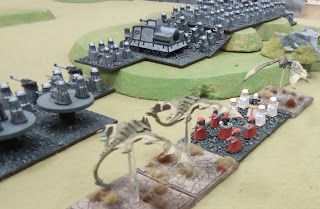 One of my Giga-Beetles had to go and hide behind a hill after being repeatedly hit, the other got into a fight with an Armoured Fighting Vehicle 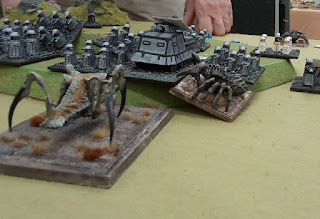 And the results were: