Flash Gordon was created by Alex Raymond in 1934 for King Features. By the late 1930s, the strip was published in 130 newspapers, translated into eight foreign languages, and was read by 50 million people. Three film serials followed in 1936, 1938 and 1940, inspiring George Lucas to make Star Wars instead when he was unable to secure the rights. In 1980 a film produced by Dino De Laurentiis and directed by Mike Hodges was released, featuring a soundtrack by Queen. In this film Flash is a professional (American) Football player rather than a Polo playing Yale graduate.

This is a 15mm for Alien Squad Leader. It is based on the the above three incarnations of Flash although there are various other adaptations. It uses the Rebel Alliance army list which features several factions united by Warrior Monks.

Flash is dressed in 1930s style and dismounting the Hawkman Rocket Cycle shown in the film. The Rocket Cycle is converted from a Peter Pig Red Alien Flyer.  Dr Zarkov and Dale Arden can be fielded separately as 2 models or together as 1depending on the army build, both are dressed in the original style. They represent the Warrior Monks faction, Flash is the Grand Master (Grand Master Flash), Zarkov and Dale are Warrior Monks. 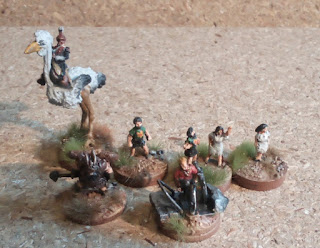 Brian Blessed gave a memorable performance as Prince Valtan in the 1980 film, he is converted from one of the Northlander Character figures from Copplestone Castings. Being 18mm he is suitably impressive, I added armour with green stuff, wings and converted the weapon. The remaining figures are the former MJ figures now produced by The Scene (only the foot poses seem to be available now).


These are Flying infantry from the Birdmen Faction. Valtan can either be fielded alone as the Bird King, or he can be part of a normal squad upgraded to a command stand. One stand has a circle cut out which can hold Valtan or an ordinary warrior. 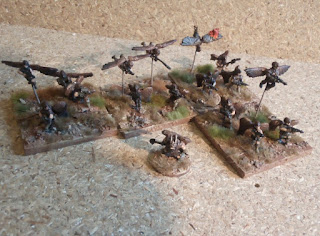 In the comic the Frigians ride giant ostriches, or slightly alien versions of them. Queen Fria's hairstyle inspired George Lucas to create Princess Leia's "space buns" style. These Alien Tribal Cavalry are Riders with the 'big and ugly' upgrade and past of the Alien Tribal Warriors Faction. I also gave them a Warrior Hero.


The ostriches are converted from North Star 2mm ostriches with added crests, wattles and largerbeaks to match the comic. The Riders are French Line Lancers from Time Cast. Queen Fria is converted from a Battle Valor figure. I cut cut her off at the waist and put a dress over the donating bugler's legs, cut the staff down to a mace and replaced the hair bun with two on the sides. 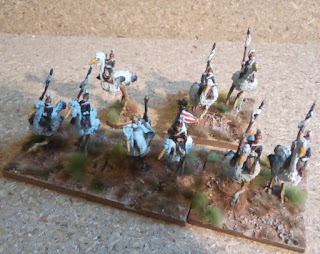 The Lion Men vary between incarnations. In the comic strip they appear to be very tall with manes and tails, in the 30s serial they are hairy barbarians, in the 1980 film they are resemble Africans dressed in gold. Prince Thun is a ally of Flash.

I have opted for the original style. The figures are 1/72 scale (roughly 20mm) Barbarians from Esci. I added manes and bigger beards in green stuff (I went overboard on the beards) and inserted brass rod tails, also with green stuff added. These are Alien Tribal Warriors which are Fighters with the Big and Ugly upgrade. 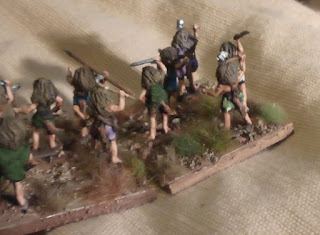 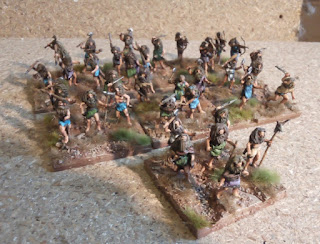 The Arborians are tree dwelling humans, sometimes depicted with bows, or more advanced weapons, and a Robin Hood theme. Prince Barin is an expert swordsman, ally of Flash and lover of Princess Aura. These are classed as Inferior Infantry with one stand upgraded to a commander. They are part of the Human Faction.

The figures are from Peter Pig, mostly medieval handgunners, each squad has a scout with a bow which are elves. Prince Barin and the standard bearer are from the Red Martian range. I included the Tree Father from the film as a medic, originally he was going to be on the command stand but he was far too tall, this was a Battle Valor figure. 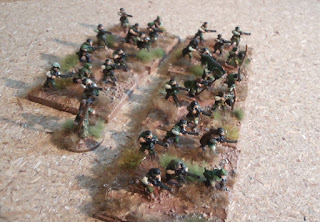 The Floaters and Light Vehicles are from the Peter Pig Red Martian range. 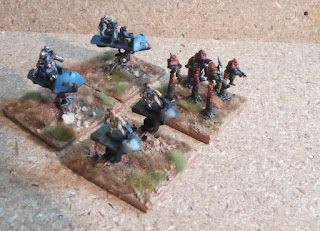 The Crewed Weapons used British WWI 60 pounders from QRF. I cut the barrel off half way, shortened it and put on top of the remaining weapon facing backwards. So the shortened barrel becomes a kind of view-finder. The front of the gun is a Heavy Arc Rifle from Games Workshop, one of the weapon options in the Adeptus Mechanicus Kataphron kit, and part of a Tau weapon was put at the back. The crew are WWII Russians from Peter Pig with AWI Dragoon (Tarleton) helmets transplanted. 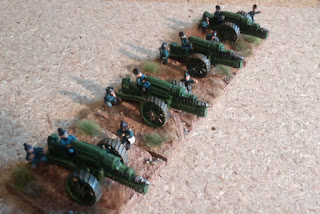 I will at some point make an Alien Imperial army based on Ming the Merciless and his Mongon Minions. 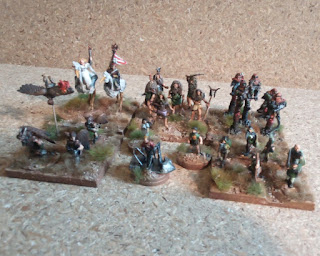 Finally if you ever want the most useless fact in the universe: in French translations of the comics some characters were renamed, and Flash was renamed Guy l'Éclair.