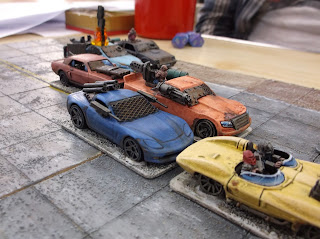 We played a game of Devil's Run, this Sunday. I haven't got the actual game, yet, so used kitbashed models, boards and counters. This was my first game, but it seemed to go pretty smoothly.

We played Run 1 from the rulebook, the San Pedro Pickup, which involved grabbing as many supply counters as possible. We started off in a tight sort of formation concentrating as much on dealing damage as picking up supplies. Pretty much unplanned, once I had taken out Owen's yellow car, my blue car found itself miles out in front and then managed to lose the chasing pack, which is one way to win the game.

The second game I tried a similar sort of thing, and managed to pick up more supplies and tried to make a run for it, but got chased and flamed to death pretty conclusively before the time limit and so Owen won that one, by killing all my cars. 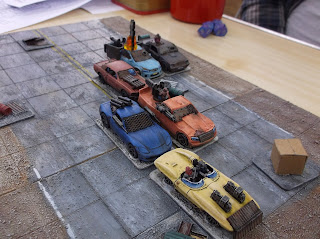 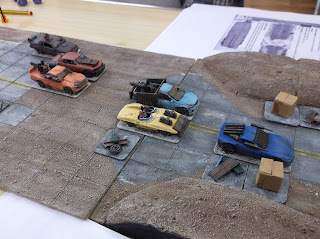 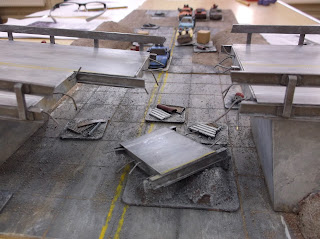 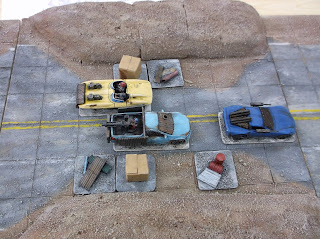 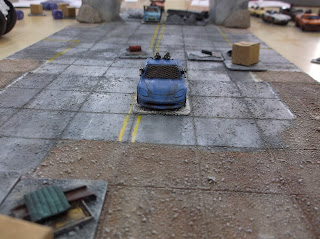 Elsewhere, there were games of HotT going on, with a number of different, typically uncategorisable armies. A game of Warhammer Ancients with Rome vs Carthage, and a game of Alien Squad Leader 3, with a Human Imperial army vs Alien Enslavers. 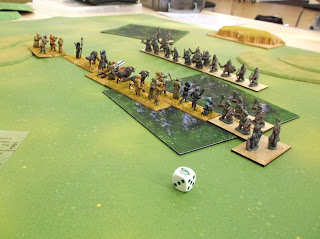 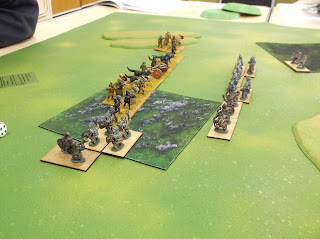 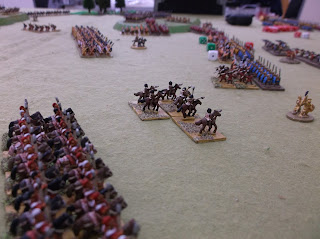 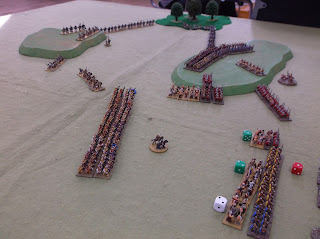 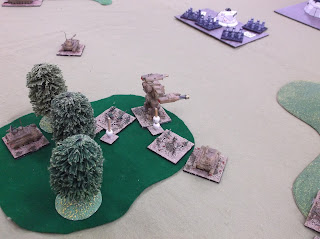 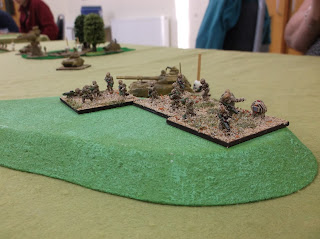 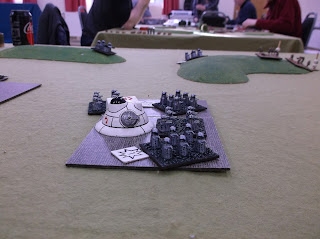 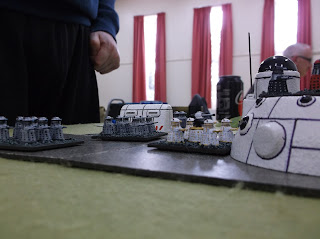 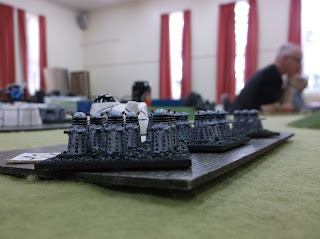 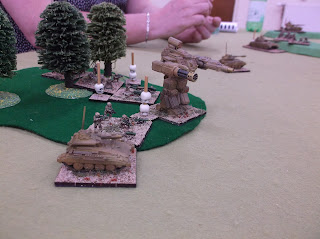