A few weeks ago we held our annual tournament at the Barn with eight players this year. We each played three games over a whole day session. 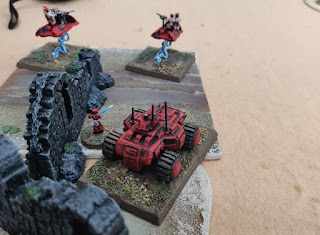 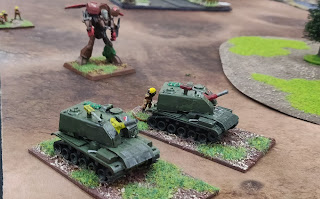 The giant mushrooms are an Alien Tribal Mercenary army, the (not so little) little ponies are a Hive Mind army. 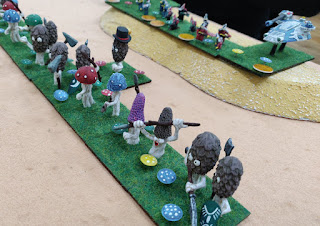 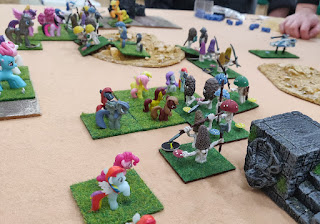 This Human Cultist's deity appeared in the rear to cause havoc but was forced to recoil repeatedly until it had nowhere left to run. 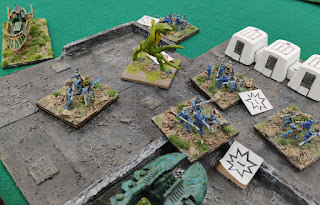 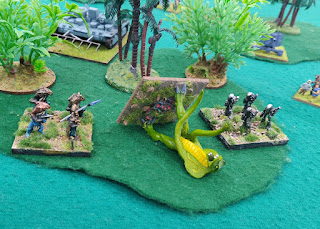 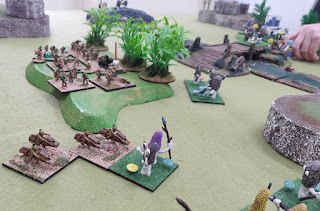 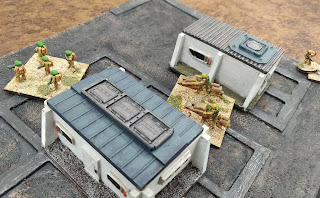 This flank attack by birdmen of the Rebel Alliance didn't go to plan, due to a swift counterattack which drove them back off the table. 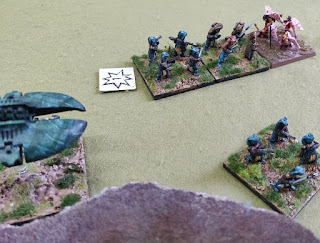 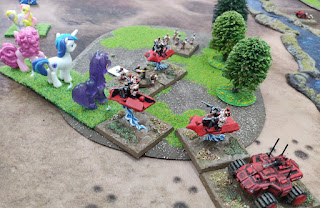 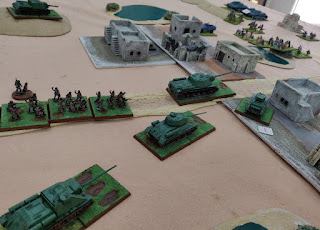 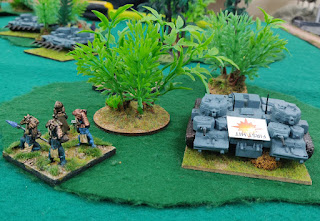 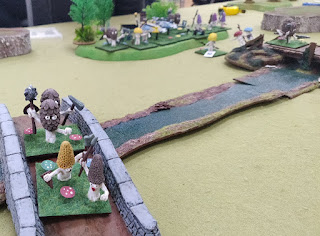 Alien Squad Leader is a 15mm Sci-fi game by Alex Self, published on Lulu.